Product successfully added to your cart.

Back to shop
Go to cart

Do you already have rooms for MotoGP Brno ?

All important information about MotoGP Brno 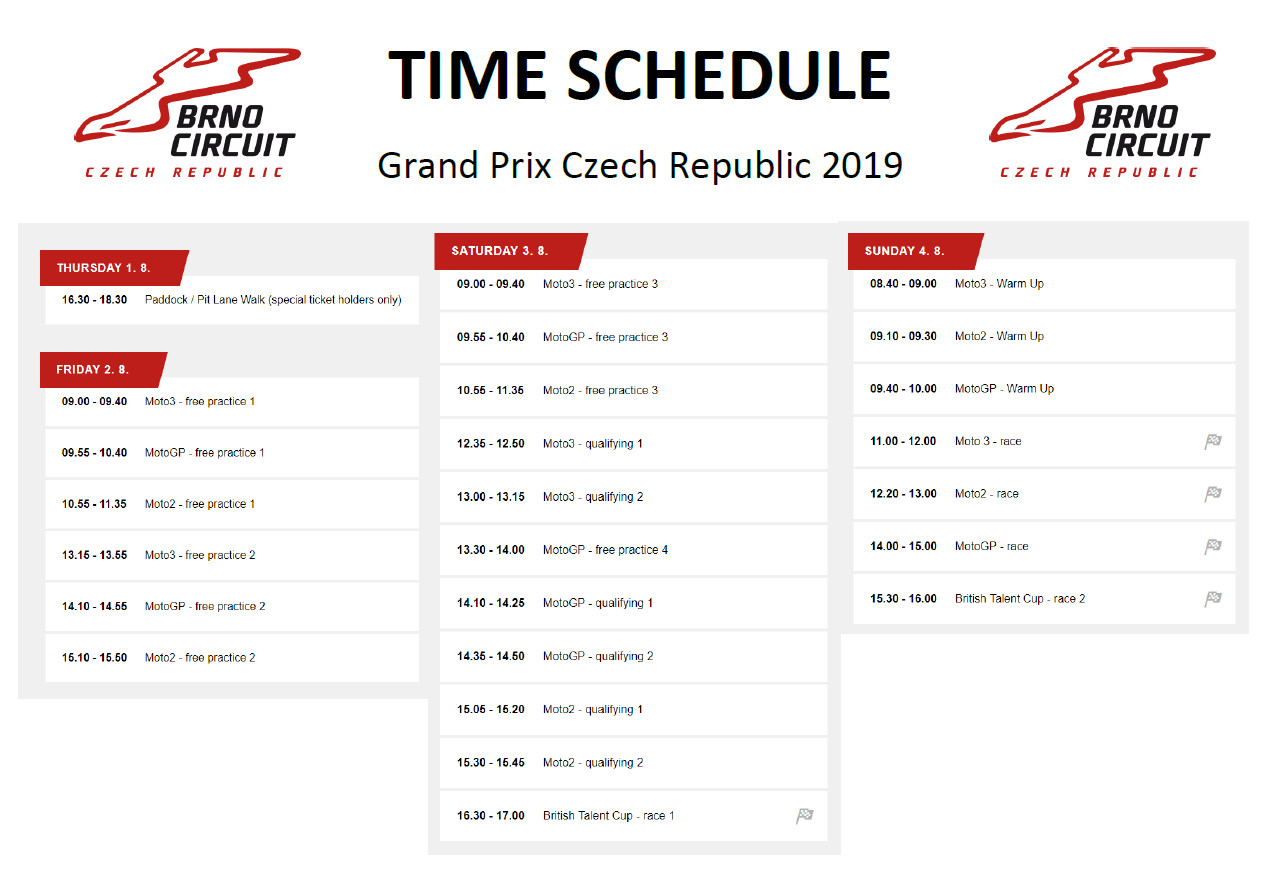 How to get to the Brno Circuit?

GProoms provide shuttle buses to circuit on Saturday and Sunday morning.
Approximately every 20 minutes, from 7 am until 9 am.
You can buy ticket package at the reception for 10 EUR.
The package consists of 2x GPbus tickets to circuit and 2x public transport tickets for the way back to hotel. You will get more information and maps at the reception. 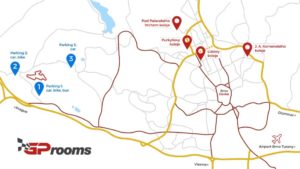 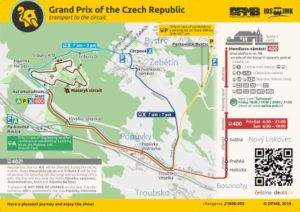 Line 400: between Mendlovo náměstí (Square) in Brno and the Brno Circuit

Automotodrom Brno is situated in the locality of Kyvalka, approximately 16km from the Brno city centre and 2km from D1 highway Prague – Brno. Circuit is located within an 8km distance of the Brno Dam and its area is divided by a border of two settlements, Brno – Zebetin and Ostrovacice.

The world’s most famous riders have taken part in GP events in Brno since 1930, where up until 1982 they would race through the villages and western parts of the city on a road track named after the first Czechoslovak President – T.G. Masaryk.

A new circuit was built during the 1980s with the aim of attracting Formula 1 to Czechoslovakia, and in 1987 it played host to the FIM Czech Grand Prix. Popular with both fans and riders, the new circuit is built in a natural bowl which is banked in places to offer spectators an excellent view. Brno constantly changes in elevation as it sweeps across forested hillsides and its fast undulating corners test rider talent and engineering to the limit.